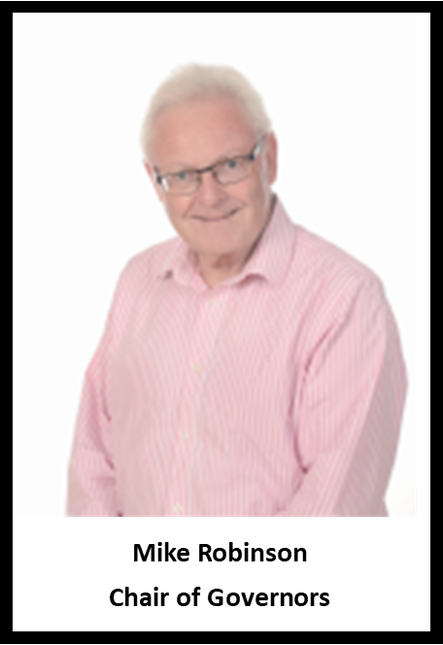 Mike has been a governor at Oak Lodge since 2015 and became chair 2018. Mike has lived with his wife in Hythe since 1975 and they have two daughters, now both in their thirties who attended school locally. Mike worked initially worked in electrical engineering but changed careers in 1986, becoming a financial adviser with Barclays. He retired in 2011 and as well as being a school governor, Mike volunteers with several other local organisations, including some charities.

Mike’s aim at Oak Lodge is to work with the headteacher, staff and other governors to ensure the school is providing the best possible teaching and learning experience for all our pupils, as well as ensuring there is a solid financial base to work from. 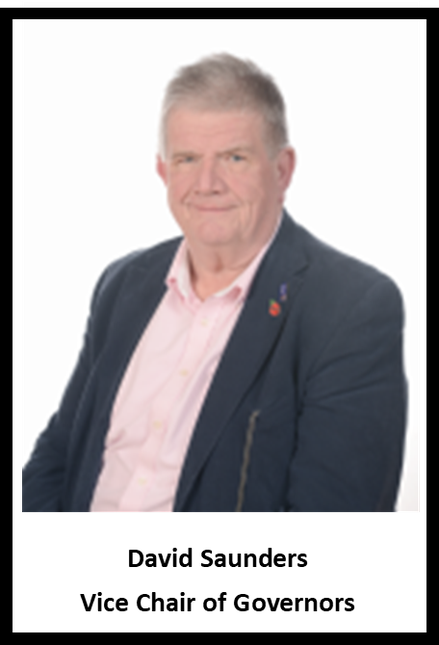 David moved, with his wife and two older children, from Yorkshire to the Waterside in 1978, living first in Butts Ash and currently in Blackfield. Their third child was born at the Princess Anne. David worked as a consultant in anaesthetics and intensive care in the Wessex Neurological Centre; retiring in 2005. He is an enthusiastic Rotarian, first encountering Oak Lodge School when Hythe & Waterside Rotary began taking Year 7 to Paulton’s Park for Kid’s Out; these visits continue.

David’s role is to support the Chair of Governors in his aims, with special responsibility for Safeguarding and Health & Safety. 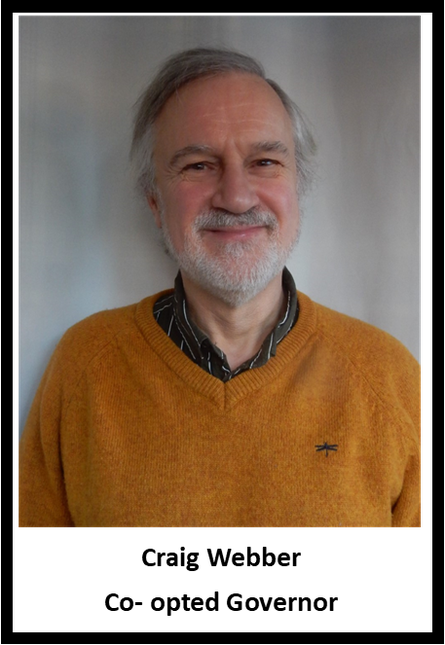 Craig was born and grew up in Bristol. He has since lived in Eswatini, Plymouth, Derby and Rugby. Craig moved to Dibden in September 2017. Craig studied Chemistry at Oxford University and then qualified as a Chartered Accountant. He spent to last 24 years of his career in the NHS. David has three adult children and two grandchildren. He is a member of Hythe and Waterside Rotary Club and enjoy painting and 'novelty' crafts, cooking, reading and running.

Craig’s focus is on SEND and helping plan career opportunities for the children at Oak Lodge. 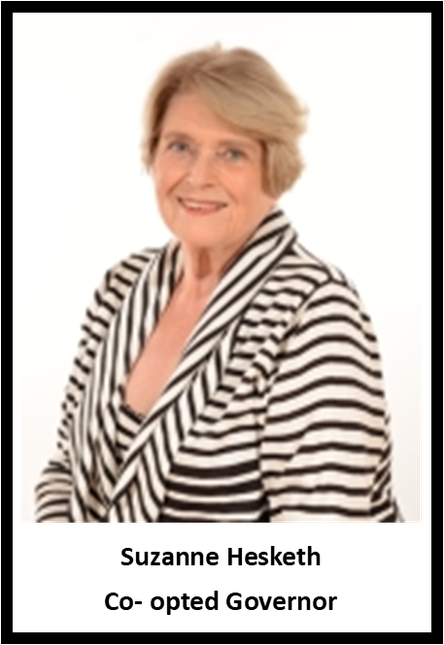 Suzanne was a teacher for many years, teaching Art and Geography and her school still is considered one of the top 5-10% of schools in England. Suzanne recognized that Oak Lodge is a shining example of a school, which, with staff and parents together, and of course, an enthusiastic cohort of students, has constantly strived to improve and develop a solid basis to give every pupil the opportunity to excel and achieve their full potential.

Suzanne is married, has two grown-up children and grandchildren. She enjoys travel, walking in the forest and other sports such as cycling and swimming.

Suzanne’s focus is on the School’s Arts program. 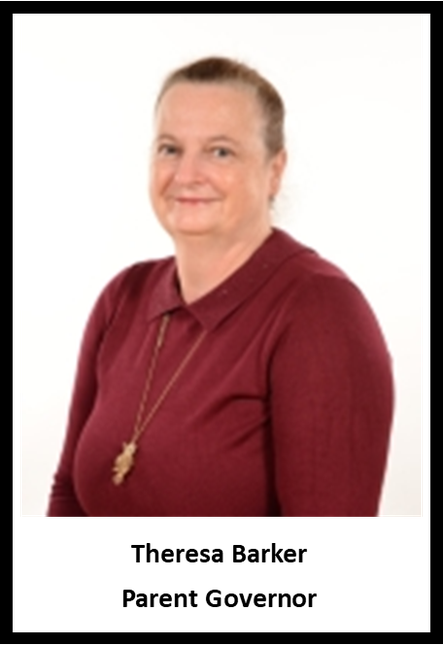 Teresa has a son at Oak Lodge. In the past Teresa worked in a school office and Teresa really enjoys being a governor and helping this wonderful school carry on moving forward.

Teresa’s focus is on the School’s Arts programme. 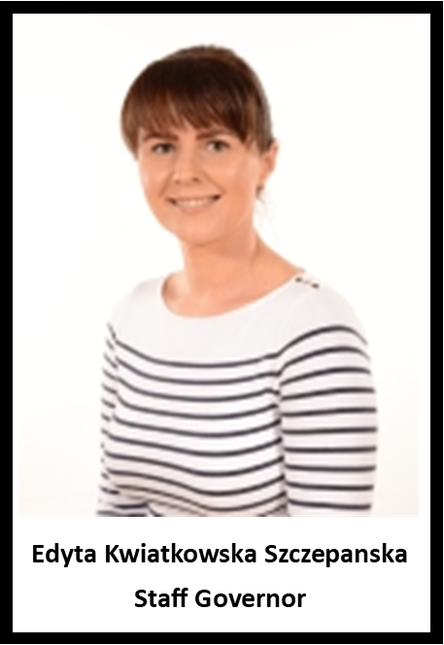 Edy has worked at Oak Lodge since September 2018 and currently teaches the Year 7 class. She is very proud to be part of such a vibrant and happy school where the children are always put first. Edy became a staff governor to be more involved in the life of the school and to represent her colleagues. She feels very lucky to be part of a dedicated and hardworking team who constantly strive for excellence and the best possible outcomes for the students.

Edy highly values the time she spends with her husband, two boys and a dog. She regularly exercises as it gives her time to unwind and reflect on the day. In her spare time Edy loves to read, crochet and knit.

Edy’s governor focus is on Safeguarding and Health & Safety. 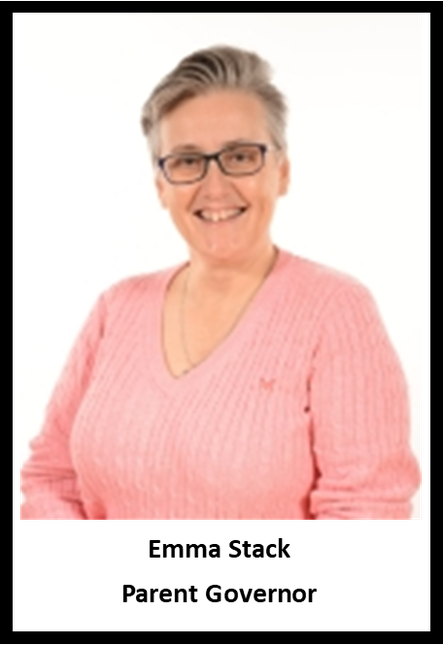 With experience of governing two other local schools, (A primary in Brockenhurst and an alternative provision in New Milton), I was invited to join the Oak Lodge School governing body in 2021. Part of my role is the quality of education helping the school to ensure our pupils have access to the best possible curriculum, and that teaching and learning are as effective as possible. I have two sons in secondary schools (one at Oak Lodge School) and I became a governor (in 2016) to help schools offer an enjoyable and productive education to every child in their care. My career was within the NHS and higher education (physiotherapy, then 20 years researching Parkinson's disease), which I have recently given up to continue writing full-time. This leaves me more time for volunteering. In my spare time I love walking, running, swimming and birding around our lovely coast and forest and (of course) spending time with my wonderful boys. 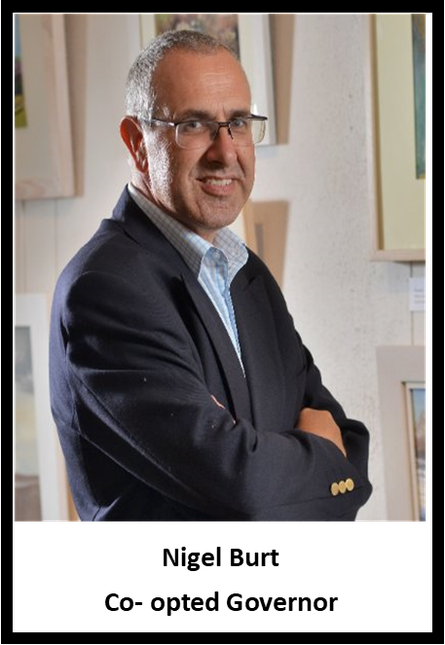 Nigel has had experience teaching in secondary schools and has been a governor at Milford on Sea Primary and Hounsdown Schools. Over a varied career he worked in communications for ExxonMobil for 20 years. For the majority of that time he was based at the Fawley refinery with responsibility for community relations. Prior to this, he served in the Royal Navy for 8 years as an Engineering Instructor Officer; it was during this time that he became involved in communications.

Since retiring from ExxonMobil in 2017, he has been a trustee with the Countryside Education Trust in Beaulieu and in 2019 set up the charity 'Olivia Inspires' with his wife Paula after the death of their daughter.

In his spare time he enjoys sailing and walking with his wife and spaniel in the beautiful New Forest. He is a member of several walking groups.

Unfortunately not the ones with chocolate chips.

Some cookies are necessary in order to make this website function correctly. These are set by default and whilst you can block or delete them by changing your browser settings, some functionality such as being able to log in to the website will not work if you do this. The necessary cookies set on this website are as follows:

Cookies that are not necessary to make the website work, but which enable additional functionality, can also be set. By default these cookies are disabled, but you can choose to enable them below: